I have written many posts about Celtic goddesses who are known by their names alone, gleaned from an inscription or two made in Roman times. The Norse god Lýtir is almost as obscure. Apart from his name, the only evidence we have for him comes from a post-Christian tale which clearly does not think much of the god or his powers.

To start with, his name is often derived from words meaning “lots” as in divination. In the story below, the king consults the god about a journey he is about take; it seems that after the proper sacrifices the god would answer questions. It may be that prophecy from horses or a god of horses is an ancient part of Germanic tradition; Tacitus mentions it in the Germania, written in the first century CE:

These horses are kept at the public expense in the woods and groves that I have mentioned; they are pure white and undefiled by any toil in the service of man. The priest and the king, or the chief of the state, yoke them to a sacred chariot and walk beside them, taking note of their neighs and snorts. (Germania 10)

He makes no mention of any god, but it’s tempting to imagine Lýtir or a similar deity in the wagon.

In the 14th Century manuscript called Flateyjarbók, there are two different accounts of such perambulations by gods: one by Frey, and another by another called Lýtir. We don’t know much about Lýtir, but we do have the following passage, from Hauks þáttr hábrókar:

Therefore he brought two carriages to that place where he sacrificed (blotade) to that god called Lytir. It was a custom that the carriage had to stay there during the night and that he [Lytir] went to it in the morning. But now Lytir did not appear as he was accustomed to do. And the king was told that Lytir was reluctant to go there. The carriage stood there two nights., but he did not show up. Then the king made greater sacrifices (myklu meire blot) than before and the third morning they noticed that Lytir had come. And the carriage was so heavy (hofgur) that the draught horses broke down before they arrived at the hall (til hallarinnar). The carriage was placed in the middle of the floor of the hall (hallergolf). And the king approached and welcomed Lytir and said he wished to offer him a toast. And he made a full goblet for him (drekka full til hans) and wanted to decided on a matter (radizst) about the journey…
(Sunqvist’s trans.)

The rest of the story can be briefly summarized: Lýtir refused, because when he’d gone north before there’d been a huge troll there, and he wasn’t going unless the troll was dead. (He then goes on to say that it must be dead by now, and of course Erikr agrees.) So they go north, and Erikr is captured by Ólafr Tryggvason’s men. Lýtir then appears to Erikr in a dream, to say that he won’t favour the king anymore, because the troll attacked and defeated him.

It is clear that like the story of Freyr’s statue, this is meant to show the stupidity of pagans. (In the Freyr story, a man named Gunnar takes the place of the god’s image when it goes journeying. The populace is delighted that the god is eating and drinking their offerings. When the priestess accompanying the “image” of Freyr gets pregnant, they are overjoyed.)

Still, we do get some interesting details from it. Freyr, Lýtir, and the goddess Nerthus all have images that travel about in wagons. Tacitus, who gives the details of Nerthus’ cult, says:

He [the priest] perceives the presence of the goddess in the innermost shrine and with great reverence escorts her in her chariot, which is drawn by female cattle. (Germania 40)

So both Lýtir and Nerthus make their presence known before they go journeying, and the wagon can’t go without their “permission”. Unlike the Freyr and Nerthus cults, however, Lýtir is not accompanied by a priest/ess of the opposite sex. In fact, there is no mention of any religious attendants at all. 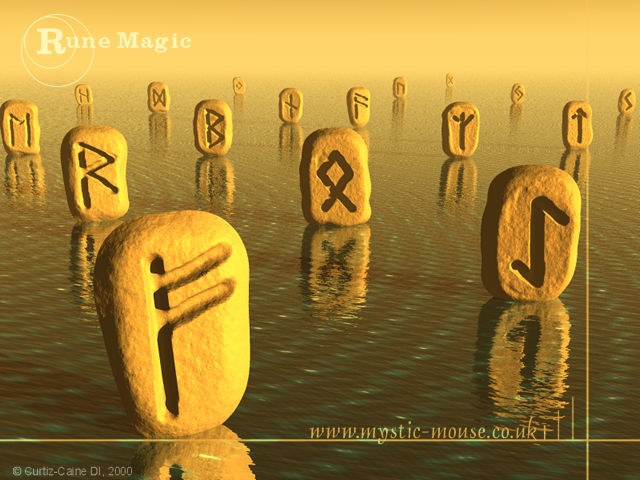 One interpretation of the name Lýtir is “lot, share, foretell”, from the Swedish liuta, “cast lots”. (Simek: 1999), prophecy may have been Lýtir’s main function. His priests may have been spámaðar, or seers. The story may well have been intended as a direct smear of the god, as it’s pretty clear that his foresight let him and his worshipper down.

His name could also be read as meaning something less pleasant – Dag Stromback thought it came from lýta, ‘dirty, bespatter, besmirch’, as a dig at Freyr by a Christian writer. Another possible meaning apparently relates to Freyr’s “phallic character” but Simek (199) doesn’t tell us what exactly.

There are places in Sweden that bear the trace of his name. Lytisbærg, in Östergötland; Lytislunda in Södermanland; and Litslunda in Västmanland. (The names would come from *lytir, from Old Swedish luter, loter, “lot which is used for divination”, connected to Old Norse hlaut.) *Lytir would mean a priest who performed divination.

These places may have been cult centres. (It seems most unlikely that places would be named after a Christian insult to Freyr, by the way.) That they are in Sweden does argue for a connection between Lýtir and Freyr, however, as his cult centered in that country,

Some have suggested that he is a variant of Freyr, but if he is a god of prophecy, that would argue for Lýtir being a separate entity, since seeing the future is nowhere attributed to Freyr.

Either way, the processions did not stop with Christianity. A procession around the fields of Uppsala in May was part of the festival of the rather obscure Saint Erik, to “hallow the fruit of the earth”. (Naastrom: 57)