Kvasir was the Norse god whose blood became the first mead, a drink that made a poet out of those who imbibed it. This drink, blood fermented with honey, was the motive for several murders, and wound up in the hands of the god of poets and inspired ecstasy, Odin.

The story of Kvasir is one level another John Barleycorn story – he dies to make mead, just as Barleycorn did to make beer. But there’s clearly more to the story, given that mead bestowed wisdom, just as Kvasir had while alive. He shared freely with all he met, and died for it.

“Once upon a time, the gods of Asgarth created a man they called “Kvasir”. He was the wisest of all the sons of Midgarth, his only problem being his lack of immortality.” (Snævarr: 1)

Kvasir’s story is an epilogue to the larger story of the war between two groups of deities, the Aesir and the Vanir. At the end of the war, the two groups exchanged hostages as a guarantee of peace, and Kvasir either:

So in one story he’s a Van, and this origin emphasizes the generosity of the Vanir, who added an extra hostage to their “best men”, Njord and Freyr. In the other, he is a product of both Aesir and Vanir, since both parties spit in a vat to seal the peace agreement. The second story makes the Aesir superior, though, since the Aesir had the knowledge to see the potential in the spittle, and the magic to harness it.

Odin went out with a great army against the Vanaland people; but they were well prepared, and defended their land; so that victory was changeable, and they ravaged the lands of each other, and did great damage. They tired of this at last, and on both sides appointed a meeting for establishing peace, made a truce, and exchanged hostages. The Vanaland people sent their best men, Njord the Rich, and his son Frey. The people of Asaland sent a man called Hone, whom they thought well suited to be a chief, as he was a stout and very handsome man; and with him they sent a man of great understanding called Mime. On the other side, the Vanaland people sent the wisest man in their community, who was called Kvase.
(Ynglinga saga ch. 4 Laing’s trans.)

The gods had a dispute with the folk which are called Vanir, and they appointed a peace-meeting between them and established peace in this way: they each went to a vat and spat their spittle therein. Then at parting the gods took that peace-token and would not let it perish, but shaped thereof a man. This man is called Kvasir, and he was so wise that none could question him concerning anything but that he knew the solution. He travelled widely through the world teaching people knowledge…
(Skald. 57 Faulkes’ trans.)

The mead of poetry

This is a long myth, told by Snorri as following on from the story of how Kvasir was born from the gods’ spit. (Note that chewing things to make them ferment has a long history, using the enzymes in spit to break the carbs in grains and fruit down into sugars for the yeast to work on.) Kvasir then travelled around sharing his knowledge, but two dwarfs took exception to this and killed him.

They then mixed his blood with honey1 (another magical substance) and set it to ferment in the three containers. When they caused the deaths of two giants, and their son, Suttung (Drunk) took the mead as compensation. Odin then deceived first Suttung and then his daughter Gunnlod to get hold of the mead.

Odin escaped in eagle form, and when he reached Asgard he spat the mead he had drunk into containers. (Snorri adds that Odin gives it to the Aesir and those skilled in poetry, but what Odin excreted while Sutting was chasing him was the bad poets’ share.)

Kvasir’s name might make you think he was a mere personification of alcoholic drink, since it comes from the same source as the Russian kvass, (Puhvel: 210) going back to a Proto-Indo-European kwat, or else proto-Germanic –kvass, to crush. (Sturtevant: 1150) The story of how his blood was mixed with honey (see below) and fermented in two vats and a cauldron called Odrerir, or Mind-Stirrer, does sound like an allegory of fermentation.

However, the place of mead (and other alcoholic drinks such as ale) in Norse myth is far more important than that. The stories of Mimir and Kvasir both emphasize how Odin’s magic and desire for wisdom led him to preserve the knowledge that the two gods possessed after their untimely deaths.

While he stored Mimir’s knowledge away for his own use, Kvasir’s can be shared with anyone who drinks it; and although the mead of poetry is supposed to be reserved for the god himself and poets, the myth explicitly tells us that even bad poets get a small share of it. 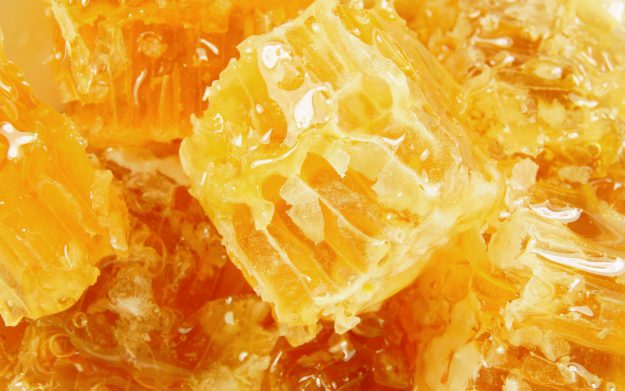 I think the mead of poetry angle on Kvasir’s story has been pretty thoroughly explored. (Links at the bottom if you want to follow it up.) Maybe I watched too much Sesame Street as a child, but I’ve always been struck by the contrast between Kvasir’s generosity and the meanness of the dwarves. Kvasir’s openness dies with him; when Odin takes the mead it becomes the property of an elite.

I cut off my quote from Skald. 57 right at the point where Kvasir meets the two dwarfs, who lure him to a private meeting and kill him. The contrast between Kvasir’s openness and their secretive, grudging nature is evident. (Perhaps the dwarfs, who often guard treasure, did not approve of this openness.)

If you follow the Ynglinga saga version of the story, the Vanir add Kvasir to their hostages as a way of demonstrating generosity (and status; they can afford to give away people of this caliber). Then Kvasir, wisest of men, travels about sharing his wisdom freely, like many wise teachers throughout history.

This fits with the nature of the Vanir: Njord the wealthy, who could give riches to all who asked him, and his two children, who govern the good things of this world. The Vanir also seem to have been the travelling gods, whose cult statues used to progress around the countryside so that their worshippers could see them and be seen.2

Then the story goes funnel-shaped: from wisdom being shared freely to being held in three containers, which then go even further underground as the giant hides them in a cave. Odin opens up the story again by boring into the cave and stealing the mead. But knowledge and inspiration will not be everyone’s for the asking anymore. (Or, as TV Tropes would say, this is why we can’t have nice things.)

Kvasir’s wisdom still gets passed on, though. According to Snorri, the dwarfs turned his blood “into the mead that whoever drinks from which becomes a poet or a scholar.” (Faulkes: 62) In a way, this myth argues that “information wants to be free”, as the dwarfs accidentally affirm.

When the Aesir go looking for Kvasir, the dwarfs tell them that he “suffocated in intelligence because there was no one there educated enough to ask him questions.”3 In a myth full of spit, swallowing and vomit, one moral seems to be holding in wisdom is bad for you. 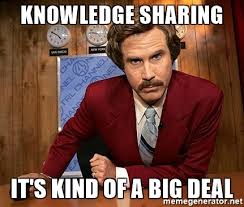 1. To make the blood taste nicer?↩
2. You could argue that the travelling around to spread wisdom synthesizes the traits of the Aesir and Vanir.↩
3. John Lindow (206) says this is one of the few really funny moments in Norse myth.↩