I don’t normally like “list posts”. Those neat lists of deities and powers are certainly easy to remember, and good for beginners, but I find that now I want more context and explanation. (Or it could be a warning sign of old age. Who knows.)

Just this once, however, I have broken down and made a list of Irish sea-gods. When I was writing my posts on Donn and Tethra, I took a lot of notes trying to get all these gods straight in my head. This post is for anyone who shared my confusion.

The mythological history of Ireland is called  The Book of Invasions. Each wave of invaders seems to have brought their own sea-god, although the older ones still have a shadowy presence in the stories. Unlke the goddesses of the land, it seems that the sea-gods can replace each other.

Tethra: would be the oldest sea-god, which might explain why even a “modern” hero like Cuchullain calls the fish his “cattle”. Like the later god Donn, he rules over the dead in the Plains of Honey, Magh Mell. This fairyworld connects him to Manannán, who also rules an otherworldly kingdom where everything is pleasant and time does not pass. He is known mailnly from kennings for his “cattle”: either the stars or fish, and the sea itself – the plain of Tethra.

Lir: although he’s Manannán’s father, we know very little about him. Some geneaologies call him Allód. (There is also a Lir whose children were turned into swans, the Children of Lir, but it’s not clear that the two are the same Lir.)

Manannán: the main sea-god of Irish myth. He is one of the Tuatha de Danann, the Children of Dana. It is not clear whether he is actually a family member or an older god who teamed up with them. He assists them against the last group of invaders, the human Milesians, who cause the Tuatha to retreat into the fairy barrows. No doubt he was comfortable there, as he ruled the other worldly realms of Emain Ablach, Tir Tairngire, and Magh Mell. (Perhaps he inherited the latter.)

Nechtan: is a little more speculative, since he is known as the guardian of a sacred well, which his wife Boand secretly drank from. His name is possibly cognate with Neptune, the Roman sea-god, but he is not much like the other sea-gods of Ireland.

Donn: is really a god of the dead, and an ancestral god. He was the first of the Milesians to die, and after his death he went to the island known as Tech Donn. Later, Christian, lore made his island a kind of anteroom to hell, where souls languished in a kind of anti-Purgatory. Donn, like the Norse Ran, was a malificent sea-god, perhaps because he was also god of the dead. In folklore he was said to cause shipwrecks and other sea disasters. 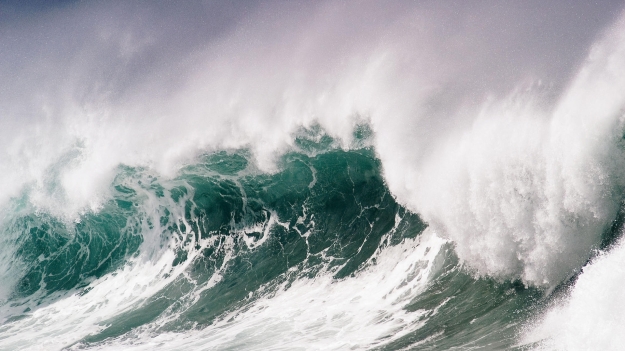