In Irish finn means “fair, bright, white, lustrous, light-hued” (MacKillop: 226), and the Welsh gwyn is similar in meaning, with overtones of sacredness. Similarly, the Gaulish god, Vindonnus, gets his name from a root meaning either “clear light” (Green: 32) or “white, blessed” (Deo Mercurio). Coming at it from another direction, Daithai O hOgain has linked Finn/Vind with the Germanic find and Latin vid, words connected to sight and discovery (208).

From this it has been a short step to assuming a god, *Vindos, lying behind these various figures. However, like the “theoretical goddess” Rigantona, the names is a linguistic construct, and we have no evidence of a cult of Vindos.

The Irish hero Finn mac Cool and the Welsh Gwyn ap Nudd have a great deal in common, filling out the image of a possible *Vindos. Both are warriors and hunters who live outside society, famous for unhappy love affairs. They also have a paternal ancestor with the name (Nuada, Nudd) of a god, Nodons, who has echoes across the Celtic lands.

Finn is the leader of the Fianna, a band of young men whose adventures make up the Fenian Cycle of tales. The Fianna were based on real groups of landless young men (and sometimes women) who were sometimes maintained by the aristocracy, but mostly had to hunt for food and keep themselves as best they could. In the Fenian Cycle the youths are in the service of the High King and they fight for him.

By contrast, Gwyn ap Nudd has no companions, although he is king of the dead. He is also a warrior, especially in the Dialogue of Gwyddno Garanhir and Gwyn ap Nudd which takes place on a battlefield. The poem has Gwyn describing his career to the equally mythical king, whose drowned land would seem to be a fitting place for the king of the dead.

In the poem he tells how he has attended many battles, and carried off the souls of dead warriors. (You imagine something like the opening of Vikings, where Ragnar sees Odin prowling the battlefield.)

Gwyn praises his hound in the same poem, revealing another side to his character. In the Arthurian story Culhwch and Olwen, the questers go looking for him for help in hunting a supernatural boar. One of Finn’s romances is tied up with hunting; he encounters a deer whom his dogs will not attack, and spares it. She follows him home and the next day she becomes a beautiful woman, Sadb, who later bears him a son, Oisin.

Another story about Finn tells how he saved Tara from the otherworldly Aillen, who came from Mag Mell. Every Samhain he would emerge from his mound and destroy it with a pillar of fire. Aillen used magic to put everyone to sleep, but Finn managed to resist, and saved Tara and killed Aillen. (He became leader of the fianna after this, as his reward.)

Gwyn, on the other hand, is the king of the Otherworld, ruler of the dead. Like Finn, he protects the rest of us from them, according to Culhwch and Olwen:

Gwyn son of Nudd… God has put the spirit of the demons of Annwn in him, lest the world be destroyed. (Davies)

Their love affairs seem very different on the surface, although their most famous ones both end unhappily. Gwyn abducted Creiddylad, on the eve of her marriage to Gwythyr ap Greidawl. This led to war between the two men, which King Arthur settled by ruling that the two would have to fight for her every May Day until Judgement Day. In the meantime, she returned to live with her father.

Finn, on the other hand, was to marry the Irish princess Grainne, but she fell in love with one of his men, and eloped with him. Carey reconciles this by seeing both Finn and Gwyn as outsiders whose loves are transitory, unlike the stable, settled marriages of society. (It didn’t work out for Finn and Sabd, either.)

Creiddylad’s father was Llud of the Silver Hand, while Gwyn is ap (son of) Nudd, both presumed to be forms of the Celtic god Nodons, which would make the two lovers and siblings.

The Irish side is also confused; some genealogical poems say Finn is descended from Nuada Necht on his father’s side, while the stories of his birth and childhood make Nuada his mother’s father, and say his father abducted his mother. So there may be some mythic material in which the Nuada/Nudd character is both a father or grandfather to Finn/Gwyn and a woman abducted by either the main character or his father. (Carey: 117)

Whether you accept that argument or not, it is clear Finn and Gwyn have much in common: warriors and hunters who live outside society and do not have stable relations with women. 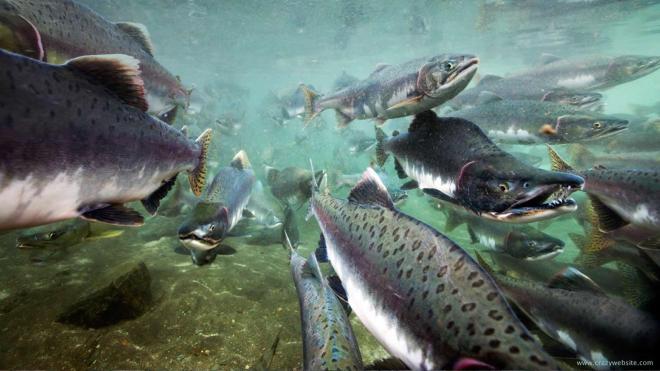 Daithai O hOgian and James MacKillop take a different view of the Gwyn/Finn relationship, arguing that an original Celtic figure named Finn or Find was an embodiment of wisdom and inspiration, whose Irish cult centred on the Boyne Valley. (MacKillop: 223) Our two heroes, along with various Finns and Finds in Irish literature, including the mythical king and poet Find File and the shape-shifting seer Fintan mac Bóchra, are reflections of him.

Their argument is mainly based on linguistics. O hOgain says Finn/Find (208) is cognate to the Latin vid and Germanic find, words connected to sight, wisdom and discovery. (This would also connect to the Gaulish Apollo Vindonnus, whose healing cult centred on eyes.) Thus we would expect Finn/Gwyn to be a figure of wisdom and inspiration.

Finn does have traces of a wisdom-figure: he was enlightened after he tasted the water the salmon of wisdom was cooking in. The poet Finn Eces (note name) was a lot more generous to Finn than Cerridwen had been to Taliesin; he gave him the rest of the fish to eat, thus giving him all the wisdom in the world.

For the rest of his life, all he had to do was put his thumb in his mouth to learn whatever he needed to know. In addition, some stories make his maternal grandfather the druid Tadhg mac Nuadhat, so he may have inherited some druidic talent. (O hOgain: 215)

The Welsh Gwyn does not obviously demonstrate inspiration or poetic insight (imbas forosnai) although you could argue that being king of the Otherworld and controlling the souls of the dead should give you magical knowledge. In Old and Middle Welsh, gwyn meant “pure, sacred, holy”, although Gwyn ap Nudd has a blackened face and leads the Wild Hunt, which seems a far cry from white holiness. We have already seen he is a psychpomp, and he has seen much slaughter. (He sounds more like the Irish Donn, whose name is cognate to Welsh dwyn, dark.)

Since Nudd and Llud are either the same person or two versions of Nodons, Gwyn is therefore related to Arianrhod and other Welsh deities, whose common ancestors would Beli Mawr and the goddess Dôn.

So What Makes a Vindos?

I will discuss the other Finns and Finds of Irish literature in another post, but they and Finn mac Cool share these tendencies towards poetic inspiration and wisdom which brings them closer together, and makes Gwyn the outlier. (Although the traditions about Gwyn are scanty so the two may have more in common than we know.)

Finn and Gwyn, on the other hand, stand together as heroic figures, whether fighting, hunting or abducting women. Here the others are the outliers, preferring inspiration and judgement to action.

You could resolve this by suggesting the “original” Vindos would have embodied both sides of the coin: both wise poet and capable warrior, and it may be so. Finn mac Cool fits this image. Or, the Irish had their own emphasis on wisdom and inspiration altered the Finn/Find character.

And then we have the Gaulish Vindonnus, who is associated with Apollo, and a healing god. He doesn’t really fit with either Finn or Gwyn, who would probably identify with Mars or Silvanus.

Certainly Finn and Gwyn go together well, and John Carey has shown they have overlaps in their myths and families. The others share a name; it is not clear that they share anything else.

And a recipe for the salmon of wisdom