Last week I reblogged an article about how Eostre, the Easter goddess, was not the same as the Middle Eastern goddess Ishtar. No doubt some of you were wondering who exactly Eostre was, and how she was connected to Easter (apart from their names sounding similar).

A monk living in 7th century England was the first to make the link between Eostre and the Christian festival. According to the Venerable Bede, their names sound similar because Eostre gave her name to the fourth month, which we now call April.

Bede wrote this first history of England and helped to establish the Christian custom of dating forward from Jesus’ birth, this giving us our AD and BC system. One of his other works, on the calculation of time, is our only source for the existence of a goddess Eostre.

Ironically, Bede’s interest in calendars was spurred by the controversy over the dating of Easter, which was a live issue in Britain and Ireland at that time, resolved by the Synod of Whitby.

It seems that despite the argument, Easter-month was April, at least according to the Anglo-Saxons:

Eosturmonath has a name which is now translated “Paschal month”, and which was once called after a goddess of theirs named Eostre, in whose honour feasts were held in that month. Now they designate that Paschal season by her name, calling the joys of the new rite by the time-honoured name of the old observance.
(The Reckoning of Time/De temporum ratione XV, trans. Faith Wallis)

This quote is part of a longer discussion of the English names for months, beginning with Guili, when the sun “turns back” after the solstice, then Solmonath, the month of cakes (offered to the gods), then Hrethmonath, named for another goddess, Hretha, then Eosturmonath.

Some modern scholars feel that these names, or at least the explanations for the names, were invented by Bede, and therfore are useless as history. For those who are willing to accept the existence of Eostre and Hretha, there is the problem that their names are pretty much all we know about them. 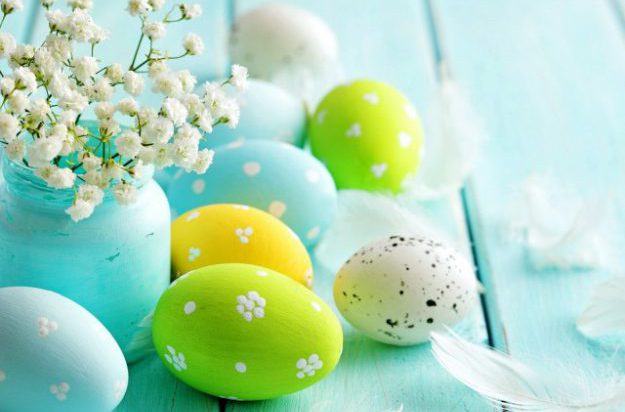 What Does “Eostre” Mean?

Eostre can be interpeted in two different ways, both based on the connection between the word eostre and east:

The primarly evidence for a PIE *h₂éusōs ‘Dawn’ is to be found in OInd Usas, Grk Ηως (Eos), Lat Aurora (and non-cognate Mater Matuta), and the Baltic dawn-goddesses, Lith Ausrine and Latv Auseklis. (Mallory and Adams : 148)

You will have noticed that the second list, of dawn-goddesses, does not include Eostre, although other scholars such as M.L. West consider her part of a pattern of dawn-goddesses with similar-sounding names across the Indo-European language family. (More on this below.)

Others, including Philip Shaw, see Eostre as a regional goddess, based on the meaning of her name. (Just as Brigantia was the goddess of the Brigantes, and Nemetona of the Nemetes.) Shaw points to the Matronae Austriahenae, Germanic mother-goddesses whose name connects to “east”, as a possible model for Eostre’s cult. 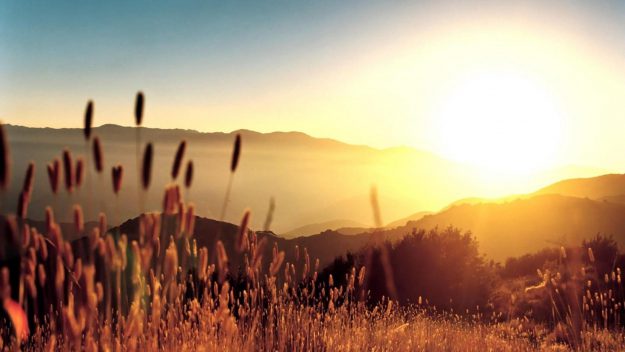 Eostre got her next boost from Jacob Grimm, in his Teutonic Mythology. In his chapter on Goddesses, he took on the question of Bede’s goddesses and how likely it was that March and April had been named for them.

Grimm argued that it would be unlike a Christian historian who preferred not to dwell on pagan practices to invent two goddesses, Hrede and Eostre, to explain the names of months. He also points out that the German name for April is ostarmonat, that the name ôstarmânoth appears in a medieval chronicle, and Easter was called ôstarâ in Old High German.

From these names he derived a goddess of the dawn (ostar indicating “movement towards the rising sun”) possibly called Austra, whose spring festival celebrated the “upsurging light”:

Ostara, Eástre seems therefore to have been the divinity of the radiant dawn, of upspringing light, a spectacle that brings joy and blessing, whose meaning could be easily adapted to the resurrection-day of the christian’s God. Bonfires were lighted at Easter, and according to a popular belief of long standing, the moment the sun rises on Easter Sunday morning, he gives three joyful leaps, he dances for joy. Water drawn on the Easter morning, is like that at Christmas, holy and healing; here also heathen notions seem to have grafted themselves on great christian festivals. Maidens clothed in white, who at Easter, at the season of returning spring, show themselves in clefts of the rock and mountains, are suggestive of the ancient goddess.
(Grimm: 291)

There have been arguments against Grimm’s extrapolation of a Germanic Austra from the English goddess Eostre. While it is true that southeastern Old High German dialects used the term ôstarâ, it is also true that Anglo-Saxon monks from England worked in that area as missionaries, so that the name may be a loan-word from English.

Of course, it could be that the Germanic “Austra” or Ostara or Austro may have been a localized goddess, rather than the pan-Germanic goddess Grimm imagined.

Eostre and the Cult of the Mothers

Philip Shaw, in his book Pagan Goddesses in the Early Germanic World, sets out an intriguing argument in favour of the goddess, although his idea of her is very different from Grimm’s.

For him, confirmation of Eostre’s reality came from an archaeological find in 1958 of over 150 votive stones dedicated to the matronae Austriahenae.1 The suffix –henae tells us that they were Germanic goddesses, unlike similar Celtic deities. This makes them the best-documented matronae, and the stones are also interestingly close together in time and place: many of the stones date from 150-250 CE, and all from the same place, near Morken-Haff in Germany.

This era saw a surge in dedications to the matronae generally, so it seems likely that Morken-Haff was a cult centre for these particular goddesses. The “austria” elment in their name was similar to that of the Austriogoti (Ostrogoths to us English-speakers), so that the goddesses would be “the eastern ones”.  It’s also close to the name Eostre, suggesting that she was “eastern’ as well.

Eastry in Kent, Eastrea in Cambridgeshire, and possibly Eastrington in East Yorkshire derive from a reconstructed Anglo-Saxon word eostor, east. Shaw concluded that “east” must indicate a place, and Eostre must be the goddess of some people with an “eastern” identity (although he does point out that this could be a purely local one, as in the eastern side of a river), and a matron-type goddess who looked after the welfare and prosperity of her people (by anology to the matronae, although this argument is shakier).

She could possibly be associated with Kent, since Bede got a lot of his information from there for his other works. (Canterbury, a cathedral town, is located in Kent and is the home of the archbishop.)

Shaw’s argument is attractive because he sees Eostre, like the other goddesses he surveys, as being defined by their relation to a people or place, rather than a function. We’re used to thinking of Ceres as a grain-goddess, Hera as marriage-goddess, etc. but if you study their cults you see that they fulfilled many functions for their worshippers.

When you step away from the Graeco-Roman world, too, Celtic and Germanic deities tend to be more rounded, which makes them harder to define but no doubt more useful to their worshippers.

While Philip Shaw (and Rudolf Simek) see Eostre as a matron-like deity, others continue to see her as a goddess of dawn, spring, or both.

Her name links her to other dawn-goddesses in the Indo-European language group, such as the Vedic goddess Ushas, Greek Eos and Roman Aurora, as well as the Baltic Auszrine and English Eostre. They can be traced back to a reconstructed root word, *h₂éwsōs.

Dawn, like many other simple-sounding concepts like sky, earth and sun, can be followed across the Indo-European languages in this way, often bringing more than just their names with them. The dawn-goddess was a vivid personality in the Rig Veda, for example, perhaps because dawn-goddesses are often beautiful and sexy.

She’s also a goddess re-born each morning, especially in HIndu myth, and the bringer of light, closely associated with the sun. She is rosy, or golden, and smiling. Sometimes she dances. She looses the red clouds, poetically described as cows, and sometimes yokes the sun’s horses for him or her.

Some scholars, notably Georges Dumézil, have seen the Roman festival of Mater Matuta as a springtime festival of a dawn goddess, and tried to link this to Eostre’s spring festival. While it’s likely that the ancients were able to make the same metaphorical connection between spring and dawn that we can, we don’t know if Eostre’s festival was similar to the Roman one.

Eostre’s name suggests a dawn goddess, and we know from Bede that April was her month. While a connection between dawn , spring and her festival seems likely, it is, as the Scots say, not proven.

Of course, you could split the difference. The matronae and matres often came in threes, sometimes shown as two mature women and one younger one, with the loose hair of an unmarried woman. Perhaps Eostre was that younger goddess, whose April festival celebrated the quickening of life on earth and in the heavens.

1. Some sites will tell you that many of the inscriptions to the Matronae also mention the name Austriates, which they suggest is the name of a people. According to Gardenstone (17), “Austriates” is merely a reconstruction of a possible name for the people who worshipped these matronae.↩

The photo of primroses at the top came from Hans on Pixabay.

4 thoughts on “What’s in a Name? Defining Eostre as a Goddess”